BOO! Now that I have your attention, let me tell you about the awesome Halloween deal the lovely and talented Jocelyn Dex has set up for you at http://www.jocelyndex.com/halloween-deals.html. All the books pictured above are on sale between 99¢ and $2.99 from October 28 to November 1 (and you may notice that my coyote shifter romance Trickster is among them). So grab the chance to enjoy some amazing romance while waiting for trick or treaters this year!

Comments Off on Want a Halloween Deal? #HalloweenReads

Well, okay, not me personally, but the German language version of Trickster is, in the Gay Romance category. If that’s not whoop-inducing enough, Trickster is also #162 in the Kindle Bestseller list!

Needless to say, I am VERY pumped about this. So if you like reading in German and want a sexy, hot, and funny M/M shifter romance (I think that’s what the reviews said — my German is seriously rusty), go get a copy!

An amazing number of things have happened to me professionally in the last two weeks things that have reinforced my decision to switch genres and start writing the stuff I always wanted to write. I am deeply grateful for all of these wonderful opportunities, and I want to thank each and every one of you who read my work because you’re the reason why so many good things are happening right now. You people rock.

On the verge of turning 50, I feel like my life and career are truly on track, and I’m very excited to see what the next few years bring.

Posted in Empress of Storms, The Chevalier, Trickster, Writing

I’m taking a break because I’ve been writing for the past six hours and my brain is a bit melty at the moment (that being said, I’m currently at 20,126 words and Act One is pretty much done).

Now, I don’t write werewolves — I have no problem with them, but they just don’t do much for me. That being said, I do have a M/M shifter novel, Trickster, which has been my bestselling book to date by far despite the fact that it’s ridiculously short. I also have a lot of backstory in the Trickster universe, plus three other books set in it that are floating in the back of my mind.

And since I have to decide now what I’ll be writing next month (I’m OCD that way, just work with me), I thought I’d throw the question out to you all — would you like me to work on a Trickster sequel in December? I have further adventures in mind for Delaney and Mark, namely a business trip to a convention in Las Vegas where Delaney pulls double duty as the Trickster clan’s representative at a shifter conference. Things get complicated when a clique of 20something shifters sting casinos along the strip, setting Mob enforcers on their tails. If that wasn’t bad enough, Delaney runs into an ex-girlfriend, and Mark winds up playing counselor for another shifter/human couple.

Happy Hump Day! This week we Mid Week Teasers are celebrating Halloween with teasers from our paranormal works. And since Delaney and Mark have been on my mind recently, here’s a special Halloween scene from my Trickster series (yes, there will be a sequel).

With care, Delaney decanted the hot cider from the pot into two glass mugs, inhaling the crisp, fruity steam with relish. It was rare that Dallas got chilly enough for spiced cider before December, but a cold front had pushed through the area along with a handful of thunderstorms, bringing autumnal temperatures just in time for Halloween. His coyote wanted to be out in the fields that still dotted the outer edges of the Metroplex, hunting the last of the rabbits and enjoying the crackle of browning foliage under his paws before the earth put itself to bed for winter.

Barring that, a monster movie marathon with his mate was a more than acceptable alternative.

He grabbed the mugs and carried them carefully through to the living room. The lights had already been turned down and Mark was in his spot on the couch, idly spinning the remote in one long-fingered hand.

“That took long enough,” he commented, accepting one of the mugs. “Coffee would have been fine, really.”

“Hell, no. I’ve been waiting for this for months.” Delaney took a seat next to Mark, deftly keeping the cider from slopping over while he slid an arm around his mate. “Try it.”

Mark rolled his eyes but obeyed. And blinked in surprised appreciation. “Wow.” He smacked his lips. “That’s got quite a kick.”

“Now you know where all the rum’s gone.” Delaney took a careful sip from his mug, savoring the hot fluid rolling over his tongue. “God, I love this kind of weather. So what are we watching?”

Mark squinted at the stack of DVD cases on the TV stand. “Our marathon kicks off with your favorite and mine, Re-animator.”

“Stuart Gordon, black humor, and gore — oh, my,” Delaney said, taking another sip of cider. “What else?”

“After that we have An American Werewolf in London, and then I thought we’d wrap it up with Dracula.”

“Oldman — I’m in the mood for something OTT.”

“Works for me,” Delaney said, pulling Mark closer as the smaller man hit PLAY. Only part of his attention was on the screen as a maniacal Herbert West briefly brought his mentor back to a gruesomely eye-popping life. The rest of it was on the irresistible smell rising from Mark’s skin, a combination of salt, clean musk, the faint tang of alcohol, and a hint of spice and fruit. He leaned over and nosed a curl away from the lobe of Mark’s ear, inhaling.

“I thought we were going to watch horror movies,” Mark said, sounding amused.

“Mm, maybe I just wanted to get you on the couch and ply you with alcoholic cider,” Delaney admitted, brushing his lips against the sensitive patch of skin under Mark’s ear. Goosebumps rose on his mate’s skin, and he licked them gently. “You don’t mind, do you?”

He pulled back to judge his mate’s expression. Storm-blue eyes met his own, turning dark with the need that always crackled between them when they were alone. “Not really,” Mark said, grinning. “Should I stop the DVD?”

“I don’t think Mr. West will mind,” Delaney said, plucking the mug from Mark’s hand and putting it on the end table with his own before pressing closer to his mate’s welcoming heat. “Now, then, where was I…”

I’m visiting blogs, yes I am

My fellow Planet Alpha author Beth D. Carter has me on today to talk about the influences that went into Assassin and how I develop my character dynamics, so if you want to find out why Zhan is the way he is, head over to http://bethdcarter.blogspot.com/2014/10/planet-alpha-author-nicola-cameron.html.

Right now, I’m finishing up my anthology entry for Evernight’s uniform fetish call, and then it’s back to work on Iron Cross. And for tomorrow’s Mid Week tease you’re going to get an exclusive scene from Trickster to celebrate Halloween. Woohoo!

Comments Off on I’m visiting blogs, yes I am

Reviews are coming in for Trickster

It seems to be scoring mainly 4 stars from the big review sites, which is heartening. The general upshot seems to be, “We like it, the whole ‘fated mates’ thing is getting a little thin but it works here, Delaney and Mark are fun, why the hell is it so short?”

Yeah, upon reflection I probably could have extended it by at least another 10K (I do gloss over two weeks’ worth of character development and possible humpa humpa, bad writer, no new laptop). The problem was, it started life as a short story, and when I couldn’t finish it in time for Evernight’s alpha shifter antho call I tried to turn it into a Romance on the Go™ story. Then it got too big for that, and I knew it was going to be a standalone.

While I was working on it, however, I had put Two to Tango on the back burner, and I knew I had Breaker Zone and Behind the Iron Cross backed up even further, so yeah, I may have given Trickster a bit more short shrift than I should have, and I apologize for that. If it’s of any consolation, I want to do two more stories in that universe, and those will be much longer. Of course, the stories I want to do center around the CEO Scott and his mate Carmen, and Aimee the receptionist, and I don’t have the best track record with M/F stories.

I dunno, maybe I’ll do another Delaney and Mark story first to establish the universe a bit more. I have to admit, I really, REALLY want to do a straight up bantering romcom with those two, maybe send them off to an IT convention in Vegas where an old shifter fling of Delaney’s tries to muscle in him and Mark. As for Mark, I’m thinking something appropriately fan-oriented. Maybe there’s a Creation Con going on in the same hotel and his geek heart is torn between snarling at Delaney’s ex-girlfriend and finally, FINALLY getting an autograph from his all time favorite actor. Must muse on this a bit.

Let’s start off with the first section of that title — happy Valentine’s Day! No matter how you’re spending the day, remember that you — yes, YOU right there, and wipe that smear of chocolate off your lip, sweetie — are my Valentine. 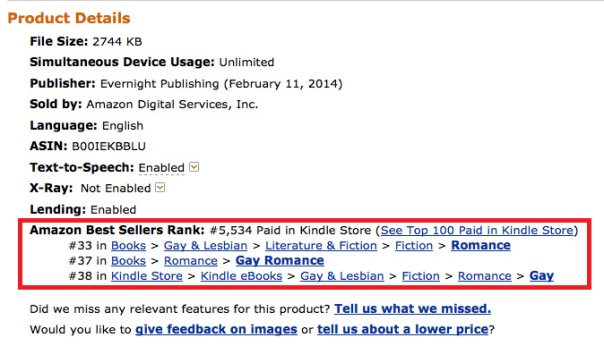 And because I’m a happy writer, I want to give something back in return. From now until midnight on Sunday, I’m running a special Trickster release day giveaway. Belaurient Arts has been kind enough to create a custom bracelet for me, shown below; it combines polished river rock, natural mother of pearl, tiger’s eye and garnet beads into a tawny combination reminiscent of a coyote’s pelt. Finished with a solid bronze toggle clasp, it will go with anything from work outfits to a little black dress. 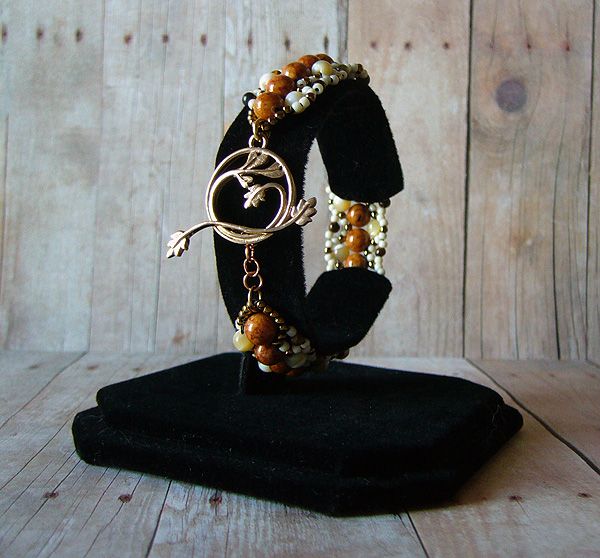 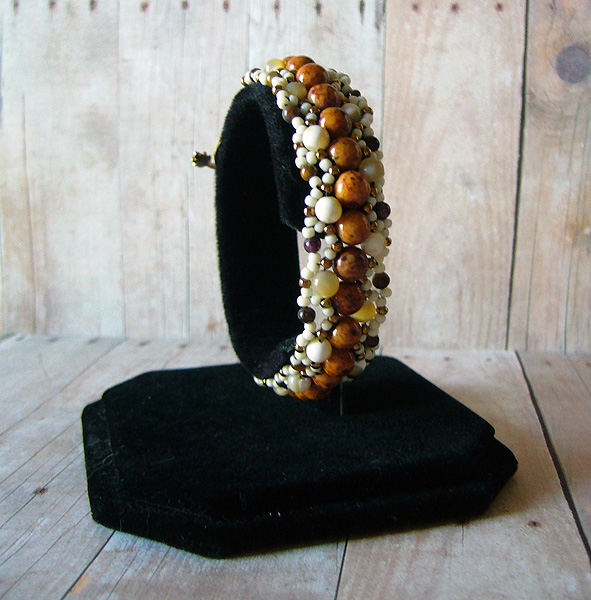 For a chance to win the bracelet, all you have to do is leave a comment in the Comments section below with your email address and I’ll choose the winner on Sunday. Good luck! 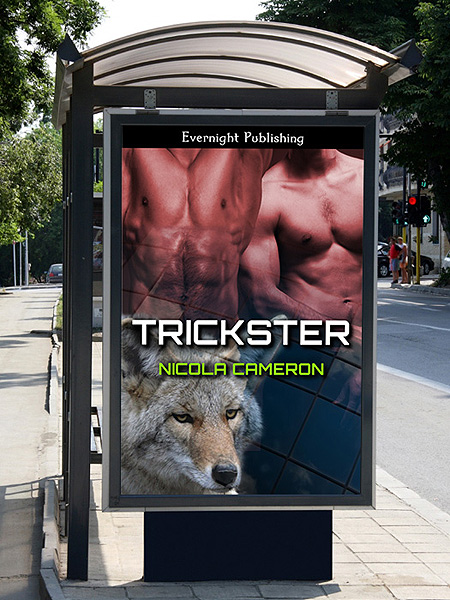 (Aren’t you glad I refrained from the obvious joke about coming on 2/14?) I just got word from Evernight that Trickster will be released this Thursday, February 13, just in time for Valentine’s Day! Oh, I’m gonna have happy pants all week…

Comments Off on Guess what’s coming on 2/13?