Let’s Get Healthy: Day Sixty-three (AKA Working For The Man) #romancefit 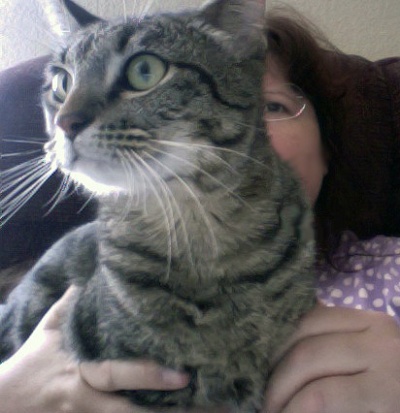 There are no dental horrors in store for me, according to my hygienist, and my dentist is impressed that my lower left bicuspid filling, which is pretty much all of the tooth to be honest, is still holding on so there’s no need to crown it this year.

Can you tell I like my dentist’s office? They understand that I’m an avowed dental coward and make sure I’m numbed back to the hairline (I don’t care about pressure, vibration, smoke, or a dentist standing on my jaw. They can do whatever they want to me as long as it doesn’t hurt). The day started off with a crappy aura, but after that everything got better (it also helped to find out that our insurance is still good, which we weren’t sure about — there was some question of whether we were covered through the second half of August or not, since Ramón is now a gentleman of leisure. Apparently we’re still covered, so that’s all good).

I’ve also been working with the new (well, new to me — it’s a refurb) Dell laptop and the instructional design app I’ll be using for the contract tech writing work that I’ll be doing for the next five weeks. As I told Ramón, “To paraphrase Tony Stark, ‘…yeah, I can use Storyline.'” I used Captivate extensively while I was still with the Major Telecoms Company, and this app is extremely similar. I may also now have a training module that teaches people how to make bezel cups, ahem.

In writing news, I’m plowing along on Growl and working on a couple of short stories — unfortunately for my romance readers, these are SF short stories so I don’t think you’re going to be interested in them. But if I can get them sold this year, that would be very reassuring that I can still write salable science fiction.

Posted on August 22, 2019, in Let's Get Healthy. Bookmark the permalink. Comments Off on Let’s Get Healthy: Day Sixty-three (AKA Working For The Man) #romancefit.