Let’s Get Healthy: Day Thirty-six (AKA Well, THAT Was Unexpected) #romancefit 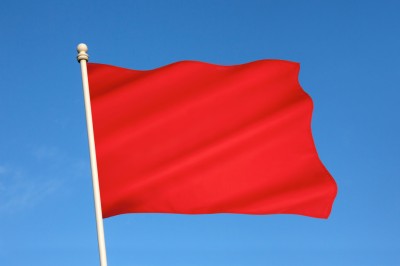 Let’s start at the beginning. As you know (Bob), I’m in perimenopause, have been for well over a year, which means that my period comes if and when it damn well pleases. And lo, it showed up this morning, a full week after it was supposed to start so apparently my cycle is now thirty-five days. Whee.

But that’s not the unexpected thing. The unexpected thing is that I’ve put on water weight. Yeah, yeah, I know, but let me explain. One of the big problems I’ve always had with my malfunctioning ovaries is that I would put on water weight during both my menstrual period and my fertile period. And when we’re talking water weight, I don’t mean a pound or two — I mean five to seven pounds. Yeah, it was that bad. And it happened twice a month, which made life ever so pleasant and any attempt at weight loss pretty much useless (you try losing two pounds over two weeks, then gaining five to seven pounds for five days, then slowly shedding it, then gaining it all AGAIN two weeks later, and see how disgusted you get with your own metabolism).

But since I’ve started doing three things — using progesterone cream, taking alpha lipoic acid and cinnamon with chromium supplements (Ramón’s doctor suggested that Ramón start taking them for his diabetes, since they’re supposed to help balance a borked metabolism. Since diabetes, PCOS, and Hashimoto’s are all metabolic disorders, I thought I’d try them as well) and walking thirty minutes a day, there have been some changes. For one thing, I didn’t retain any water during my last fertile period, which was a blessing and a half.

For another, the slow but steady weight loss I’ve seen since I started working with Chuck stopped a couple of days ago. I didn’t worry about it that much (all of this is intended to make me stronger and build my endurance, after all — any weight loss is simply a nice perk), but it was mildly annoying.

When Aunt Flo made her appearance this morning, however, I estimated I was retaining about three or four pounds of water weight, judging from the puffiness of my extremities and the way my knees feel. And then I stepped on the scale and learned … I hadn’t gained any weight. In fact, I was actually about a half pound down. Which means that I had continued the slow, steady weight loss — the water weight just fooled me into thinking it had stopped. Once everything wraps up on Sunday, I should see a three-to-four pound drop a day or two later as all that retained water goes bye-bye.

People, I cannot stress how much of a game changer this is. My ovaries and my crappy thyroid have wreaked hormonal havoc on my metabolism for forty years. If perimenopause combined with the exercise, supplements, and progesterone are finally, FINALLY getting them to calm the fuck down, this counts as an actual miracle in my eyes.

Also, if what I think will happen does happen on Monday, I should be at the lowest weight I’ve been in about five years. So I have that going for me.

Posted on July 24, 2019, in Let's Get Healthy. Bookmark the permalink. Comments Off on Let’s Get Healthy: Day Thirty-six (AKA Well, THAT Was Unexpected) #romancefit.