Why I Wrote It: Palace of Scoundrels

This is the second blog post where I do a deep dive into the backstory of each of my books. Why, you may ask? Well, because the beautiful and talented Liana Brooks made the following brilliant comment: “Being an author is being in a fandom of one. The whole point of writing the book and publishing is getting more people in your fandom.” I want to get you all excited about my imaginary friends and interested in plating with them, so I’m going to explain how exactly they wound up on the page.

Palace of Scoundrels — “What do you mean, series?”

I already posted about how I, the writer who loathed the LOTR books and didn’t enjoy fantasy in general, wound up writing a fantasy romance. To say that I was surprised by the success of Empress of Storms is an understatement — I was shocked shitless, if I’m being brutally honest.

I was even more shocked when all of those lovely, lovely people who bought Empress all started asking the same question: “So, where’s the next installment in the series?”

It was laughable, truly, because I didn’t DO fantasy. Except, oops, I did — I’d just proved that with Empress, tra la. Talk about being hoist upon one’s own petard. Worse, Empress was always meant to be a one-off, so I never really bothered to work out things like geography, politics, religion, social strata, how exactly magic works, different countries, languages, etc. — all the things you kinda have to know if you’re writing a series and want it to remain consistent.

But the more I thought about it, the more I liked the idea of continuing the story of Danaë and Matthias, because let’s face it, there was always going to be more there. They had internal disputes to deal with, threats of war, they still had to produce heirs for both countries, there was the whole issue of Luna’s parentage and the fact that she was an astoundingly powerful Aeris mage, etc. So yeah, there really was lots of stuff to work with in the twinned countries of Ypres and Hellas.

Which is how I sat down and wondered, “Okay, then — what would be the biggest problem for a pair of newlyweds whom everyone assumes don’t see each other more than twice a year?” The answer, of course, is pregnancy. According to the terms of the treaty that led to their marriage, Danaë is supposed to provide heirs for both the throne of Hellas and the throne of Ypres. Now, my happy couple have that nifty magic mirror that allows them to spend nights together and they were certainly working on the whole “Let’s beget heirs” thing, hur hur, but that didn’t change the fact that if Danaë got pregnant outside of the time she was supposedly visiting Ypres or Matthias was visiting Hellas, all kinds of political problems would follow because said magic mirror is only known to a select few.

Which is how Prince Marcus of Illium, briefly mentioned in Empress, came back to the scene. Marcus is a fourth son who knows he has no shot at the throne (and frankly doesn’t want it), so he spends his days entertaining himself by being a spymaster. My goal with Marcus was to create a clever, snarky, politically adept nobleman with a curiously rigorous moral code, even if other people didn’t see it that way. After being accused of his eldest brother’s attempted poisoning, he has to go on the run by smuggling himself and his body servant Roylus in with his grandmother’s retinue on a visit to Hellas. Et voila, we have our handsome troublemaker in Danaë’s palace (hence the title), which then opens a big ol’ can of worms — Danaë now has to deal with both Illium (which wants its wayward prince back) and the exceedingly clever Dowager Queen Atilia, who thinks that slipping Marcus into Danaë’s bed in order to produce an heir for the Ypresian throne is just the best idea ever because it gives her a hold on Danaë. 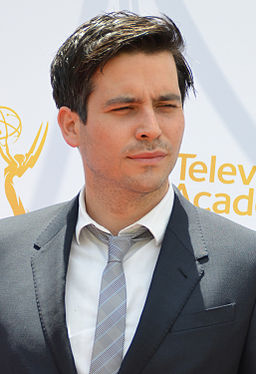 But that only covered matters in Hellas — I also had Ypres to deal with. Making Matthias jealous of the handsome young prince, while apropos for a romance, also seemed too easy, somehow, so I wanted to throw an additional problem in his lap. Since he’s still consolidating his power after the attempted coup by his late sister-in-law Margot, I decided to give him a big political headache in the form of internal strife between Ypresian noble families.

Now, I’m going to be bluntly honest here and admit that I mentally cast all of my characters because I’m a frustrated screenwriter, and I’d been watching Downton Abbey during this time and liked the chemistry between Robert James-Collier’s Barrow and Jessica Brown Findlay’s Sibyl Crawley during the WWI episodes. For some reason they made me think of Hades and Persephone, which led to my creation of the brooding Lord Tomas Villiers and the sunny Lady Sibeal Le Clerq (okay, maybe I just liked the idea of James-Collier being all cranky and stalking around in black leather and furs). Unlike my Greek gods, however, Tomas and Sibeal are very much in love despite the machinations of Sibeal’s mother to marry her off to a rich nobleman’s heir in order to clear a massive debt. So now I had the big problem facing Matthias — how to let the lovebirds stay together without triggering a potential civil war between three powerful families.

This is also the point where Sibeal’s older sister Amelie, a powerful Terra mage and the original bride-to-be until she told the boor where to shove it, made her appearance and begged for royal help in saving her sister from being married to an asshole. I had no idea how to resolve this until it hit me — legally, all titles in Ypres belong to the crown and are held by noble families with the crown’s permission, and a title cannot be passed to someone outside of the direct line of succession without crown approval (my world, my rules). But if Maman decided to pull an extremely subtle fast one and marry Sibeal off to a rich boor by promising that his family would inherit the Le Clerqs’ province upon Maman’s death, that would 1) run counter to Ypresian law, 2) give Matthias the wedge he needed to stop the wedding, and 3) prompt Matthias and Tomas to come up with a way to help her pay off her debt. At which point my clever lawyer Alain LaPorte made his entrance and advised the king on how exactly to pull all of this off, Amelie shows up to request a royal assist, and everyone races off to Lierdhe to stop Sibeal from having to marry the schmo.

With all the plot points in place, it was “write it like you stole it” time. Which I did, with Matthias getting his noble lovebirds married off and Danaë managing to smuggle Marcus out of her kingdom without incurring the wrath of the Illian military. She even wound up pregnant in the end and it coincided with Matthias’s visit to Hellaspont so there would be no question about paternity, all of which wrapped up the book nicely. Even better, Alain and Amelie unexpectedly set off sparks in my head (probably because I mentally cast James Spader and Michelle Dockery — as I described it to my editor, it was “Lady Mary Crawley goes head to head with Alan Shore and hijinks ensue). I had to put them to one side while I finished Palace of Scoundrels, but when it came time to write Book Three in the series they came roaring back and demanded that I tell their story.

To find out how that happened, stay tuned for my next “Why I Wrote It” post.

Posted on June 13, 2019, in Palace of Scoundrels, Why I Wrote It. Bookmark the permalink. 2 Comments.