← So, about that weather in Texas…
Trying to Hang On → 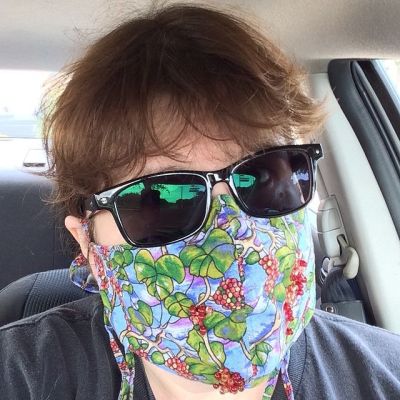 On March 13, 2020, I was sitting in a Starbucks off of 121 in the Colony with two friends from my writing group. We met there on Mondays and Fridays to write for a couple of hours (and to get out of the house for a bit).

But that Friday was different. The place was almost empty, as it was becoming clear that the COVID pandemic had reached the US, and cases were popping up in Texas. When I went to the counter to get my drink, the barista confessed that she was terrified of getting it–she couldn’t take time off if she got sick.

When the three of us finished our writing session, we decided that it would be the last time we met at the ‘Bucks until things had improved. At the time I genuinely thought it would maybe be a couple of months at most. I mean, we lived in the United States–the country that came down like a hammer on swine flu and SARS. The CDC had a plan for a pandemic, right? They would be able to get everyone to work together and starve COVID of new victims, no problem.

It’s now one year later, and I haven’t seen either of my friends in person since that day (our writing group started Zoom meetings a few weeks afterwards). In the last year, the universe outside our house has dwindled to five stores, our doctor’s and dentist’s offices, and the vet. We started wearing masks immediately because I had access to a good fitted Fu mask pattern and a shitload of fabric in my quilting stash (wound up making masks for a lot of people until commercial mask production got off the ground). We started washing/sterilizing anything that came in the house from a store, and changed clothes/showered after we got home (I was already a regular handwasher).

We managed to avoid COVID, mainly due to the above actions combined with the facts that we don’t have kids and we both worked from home. Unfortunately, our friends and family weren’t so lucky. Four family members caught it, and we just found out that Ramón’s best friend and his wife caught it in January of this year. Nobody we know in our immediate circle died from it, however, which is a huge blessing.

Finally the vaccines started to become available. As soon as I found out that our county would be offering COVID vaccinations for people in tier 1b (which included us–it’s the first time being fat and having two endocrine disorders worked in my favor), I signed us up. Ramón had his first Moderna vax shot on 3/4/21 while I got my first Pfizer shot on 3/11/21. By mid-April we should both be fully protected. We keep talking about what we want to do after that. Ramón wants to start doing a biweekly date night where we try places we’ve never been to before. First stop will be our favorite Tex Mex restaurant, but after that I’m eyeing some of the Koreatown spots in Carrollton, followed by various Asian restaurants here in Plano.

Me, I want to travel. New Orleans, Cancun, Chicago this summer, maybe even a cruise this winter if it’s safe enough. I want to go on a road trip so badly I can taste it. I daydream about driving to Las Vegas again and enjoying the amazing scenery in New Mexico.

But what I want to do more than anything is just be around people. Sit and people watch, go shopping in a mall, eat in a restaurant–just be around other human beings and settle that primate genetic demand that wants to know where the hell my troop is. I think it may be why I’m having such a hard time writing this year––I’m burned out with being in the house all the time and I need something, anything different. I’m honestly not that much of an extrovert to begin with, but I do enjoy being around people and picking up on the energy of a crowd. I miss that badly, more than I’ve wanted to admit.

By 4/18, both Ramón and I will be fully vaccinated. We’ll still take all necessary precautions when we go out because we know what the vaccine does is make sure we won’t get seriously ill or require hospitalization if we catch COVID. The last thing I want to do right now is be asymptomatic with COVID and pass it on to some poor schmo who isn’t vaccinated. But by God, we will be doing something that week to celebrate. He’s suggested we rent a convertible and go on a day-long ride somewhere. I like that.

Posted on March 21, 2021, in Personal, Writing and tagged COVID. Bookmark the permalink. Comments Off on Sunday Thoughts.

← So, about that weather in Texas…
Trying to Hang On →