Writing a book in December might have been a mistake… 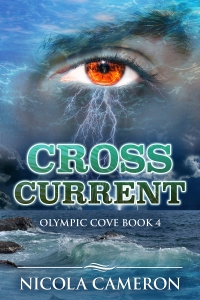 t was such a good goal — finish Cross Current and get it out in 2020. It would almost completely clear my backlog of WIPs (still have to finish Shifter Woods: Growl and Uncertainty Principle), it would cheer all the patient Olympic Cove fans who have been waiting for the next book in the series, and it would be great to mentally spend some time on a COVID-free Florida beach and write about a group I’ve privately started calling the Scooby Gang.

Except. I forgot about December. December, the month where I like to give the whole house a thorough cleaning before putting up the Christmas tree and decorations. Where I like to bake fruitcakes, mince pies and tarts. Where I need to close the books on my assorted income streams in preparation for January and the paperwork that needs to be prepped for the accountant. Not to mention five cats who are very jealous of my attention and a husband whose non-work personal interaction has come down to me and a weekly call to England.

All of that should have warned me off of trying to finish Cross Current this month. But then the Muse, my drunken bitch, decided to step in when I was having problems plotting and gave me a WHOLE NEW THEME AND PLOT for the book. Which meant I had to tear back the first four chapters and rewrite them, and yeah, they’re better this way but man I just lost a big chunk of time that I honestly do not have.

That being said, the book is on pre-order and I have a hard deadline that I simply cannot miss. So I am going to channel the beloved and much-missed Rachel Caine and hoist her signal that she was writing on deadline. Let’s get ‘er done.

Posted on December 9, 2020, in Cross Current. Bookmark the permalink. 1 Comment.