← Another Snippet from SHADOW OF THE SWAN
Wait, where did July go? →

Well, that could have gone better 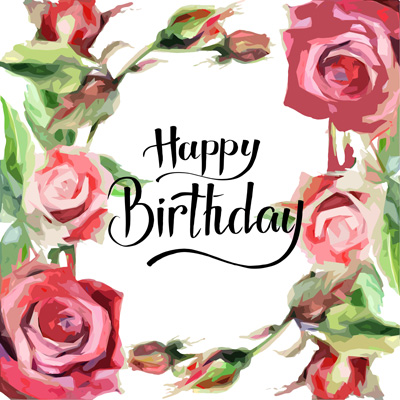 So yesterday was my birthday, and while I wasn’t expecting fireworks and a marching band due to COVID, I did think we’d have a nice day with a nice cake and a nice dinner.

The day started out with Ramón presenting me with my present, a set of bread lames for cutting slits in bread loaves before baking so that they don’t rip. I was delighted and kissed him thoroughly, then got up and ran out to get the makings for a really great lemon cake with homemade lemon curd between the layers. Upon my return home I disinfected everything and showered as usual, at which point I saw a text message that a bouquet of flowers had been delivered and should be retrieved from the doorstep. I didn’t see any flowers on the way in, but I went out and double-checked the porch anyway. No flowers. Huh.

I then checked the text message a little closer and saw that the flowers had been delivered about five miles away to an address very similar to mine (same street number, slightly different street name). Since we get mail for these people at least three times a year, I wasn’t surprised but was somewhat miffed as I knew my sister was the one who sent the flowers. I replied with a text saying, “Yeah, you delivered them to the wrong address” in the hopes that the mistake would be rectified.

And then I got a second text message — from the people at this other address. Apparently my phone number was on the message tag and they pinged me to say, “Yeah, we have your flowers, wanna come pick them up?” Oooookay. So I got dressed in my second set of clothing and mask for the day and headed out … only to realize as I pulled up in front of their house that 1) I have no idea what the viral load in their house is, and 2) I cannot disinfect a bouquet. Shit. I pulled my phone back out and told them to keep the bouquet with my compliments, then went home, whereupon I put the SECOND set of clothes and mask into the wash and cleaned up again.

By this point my knee had started complaining about the humidity, the amount of movement I have been engaging in, and to be quite frank my PMS kicked in with a vengeance. As I strongly suspected I would throw cake pans through the kitchen window at this point, I said “Fuck it” to making the cake, with plans to make it the next day.

At which point my sister called to find out what I thought about the bouquet. I explained the contretemps and thanked her for her thoughtfulness (it had balloons and everything, wah!), and she agreed that I should have left the bouquet with the other people since there was no way to bring it in safely. We had a nice chat and made tentative plans to get together in March or April next year.

By now my PMS had gotten worse, plus I was feeling hot and really tired. I slogged through making chicken Alfredo, wondering at the monster chicken breasts I wound up getting from Kroger. With dinner finished, I realized I wasn’t hungry at all and went upstairs to take a nap. Woke up at 9:30 PM feeling moderately better, as well as moderately hungry.

The Alfredo was not a culinary triumph. The chicken breasts turned out to be stringy and unpleasant-tasting, and I stopped eating after half a bowl, throwing out the rest of it. I’ve clearly been spoiled, getting chicken and other meat from a local butcher, but this meal confirms that getting our meat from there was a good choice. Consoling myself with a PB&J, I watched a couple of episodes of GBBO until bedtime, tossed and turned until 3 AM, got up to watch some Jack Whitehouse comedy specials, then went back to bed.

So, yeah, not the greatest of birthdays. But to be honest it’s hardly the worst, either. A couple of minor annoyances, unpleasant chicken, and a hormone storm, no biggie. And I did get a nifty set of bread lames, a pretty birthday bouquet (at a distance), and a slew of best wishes from people on social media, so that made the day great.

Posted on July 29, 2020, in Personal. Bookmark the permalink. Comments Off on Well, that could have gone better.

← Another Snippet from SHADOW OF THE SWAN
Wait, where did July go? →