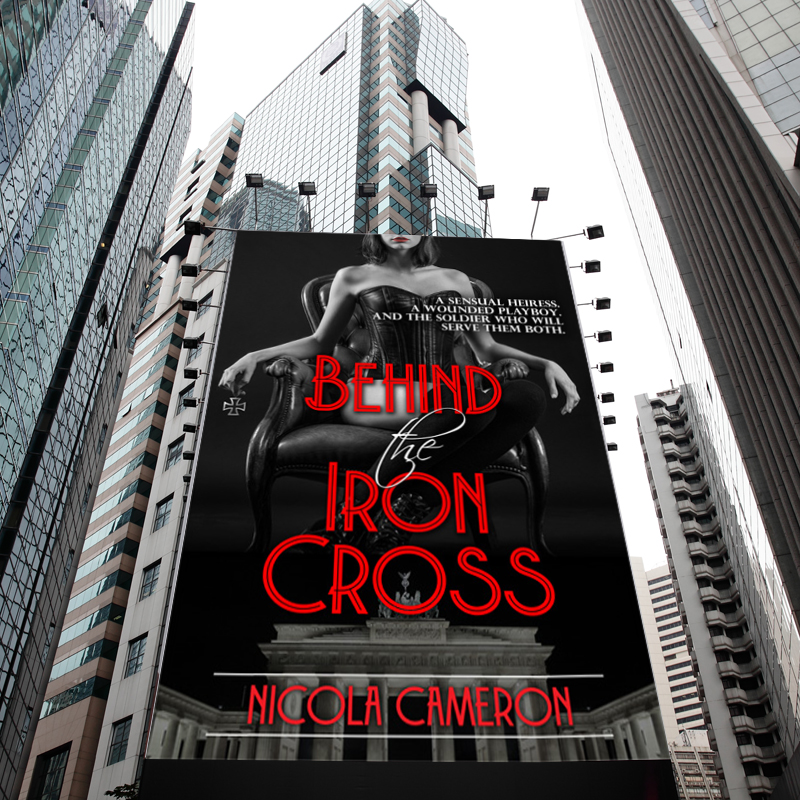 Yesterday my MMF historical romance Behind the Iron Cross released on Amazon and Smashwords, with Barnes & Noble, Kobo, and iTunes to follow soon. While it’s my tenth full-length novel to be released, it’s also the first romance novel I ever started, back in April 2012. I quickly realized that 1) I would have to do a buttload of research on the period, and 2) I really didn’t have the novel writing chops necessary to do the story justice. While working on my assorted series over the next six years I wound up picking at Iron Cross on and off, doing research when I could and picking up information that would add to the background and worldbuilding of the story.

And then this September something clicked and I decided, “Okay, time to finish it.” Which threw my schedule completely out of whack, forcing me to drop Uncertainty Principle until next year, but I felt like it was time to get Iron Cross done and out. The weird thing is, I wasn’t consciously aware that this year was the centenary of the end of World War I, which plays a big role in the story. All I can say is, the subconscious is an amazing thing.

This is also my longest and darkest romance to date. I don’t know if that’s because it’s a historical romance set in between-the-wars Berlin or what, but 105,000 words still amazes me when I think about it. As for the dark themes, well, 1923 Berlin was not exactly Disneyworld, although God knows there was a buttload of partying going on at the various clubs and restaurants if you had money. As for the concept of a German army officer turning to prostitution to support his family, that was actually pulled from real life reports. The economy was absolute crap, hyperinflation was rampant, lots of soldiers were decommissioned and unable to find even menial jobs, prostitution had been normalized in Berlin, and if you didn’t want to join the criminal gangs and the right-wing militias called Freikorps wouldn’t take you, you didn’t have much of a choice.

Like I said, not the happiest of places. That being said, I very deliberately toned down the harsher historical aspects because this is a romance, after all, and I needed these three very different people to fall in love with each other. According to my editor and betas I succeeded, but time will tell with reviews.

Next up on the writing table are King of Blades (Two Thrones 4) and Windrider and the Deuce, which I’m writing concurrently. Windrider should be finished in two weeks and will be released as my holiday novella following the adventures of Bardahlson son #2 Ewan and a lovely and dangerous messenger from Ghobos who find themselves joining forces to stop a blackmailer from ruining a priestess’s life during Frostfair. That should be out by mid-December and King of Blades should be out by late December, so you’ll have lots of stuff to read between Christmas and New Year.

As for 2019, my current schedule includes the to-be-named romcom about two actors who find out they were accidentally married for real during a movie and have to get a divorce, Uncertainty Principle (Pacifica Rising 2), Shifter Woods: Scream, the yet-untitled Two Thrones 5, another romcom about Lily’s best friend Theresa, plus the re-release of Breaker Zone (Olympic Cove 2) and Two to Tango, which will be expanded and retitled Stealing Dmitri. So, yeah, busy year next year. But hey, it keeps me off the streets.