Meanwhile, back at Olympic Cove… 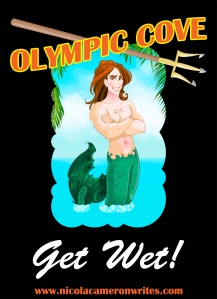 I can tell that I haven’t worked on this series for awhile — getting back into the rhythm and the voices of the established characters has taken a bit of work, and I’ve also switched up the new characters for this book (my MC was originally ex-military, but that was making him a bit too hard-assed for the purposes of the book so I switched it out — he now practices Brazilian Jiu Jitsu, which should be more than enough for the heroics he’ll be doing later on in the book). I think I’m solidly back in place now, and chapter 1 of Cross Current will be done by the end of the day. With a good tail wind and some effort I may have all of Act I done by the end of this week, which would be nice.

Now if the Sudafed and Tylenol I just took to relieve this damn sinus pressure would kick in, life would be a dream.

OH! One last thing — I’ve joined Instagram. Yeah, it was bound to happen eventually. Anyhoo, you can follow me and get an inside look at the life of a hybrid romance writer. A warning — cats will be featured prominently. But you already knew that, didn’t you?