← Marvelous Monday Reads: Race to Redemption
State of the Writer →

The Muse Is In Town, I see 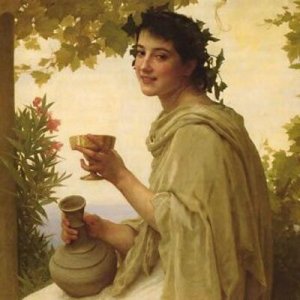 I can tell because the mojito-swilling lush just dumped a buttload of backstory on me about the book formerly known as Intersection and now I have to carefully work slivers of it into the edit. I was hoping to be finished by today and have the book off to the betas and editor. Now, maybe I’ll be done by Sunday. Maybe.

*rubs face, looks around for the rum*

On the plus side, understanding the backstory means that vague issues that have been nagging at me are finally quiet and I’m starting to feel good about where the book is headed, so I have that going for me. On the minus side, I couldn’t have figured out any of this stuff when I was working on the first draft?

Apparently not. Welcome to my PITA brain. Which also decided to entertain me last night with dreams about being arrested by NOLA police and having to go on the lam, and then a very weird interlude at a party where for some reason I was lazily making out with Alan Tudyk while Ramón stood by chatting with folks. While I am fully aware that Mr. Tudyk is a handsome man and eye candy for those who love gingers, he’s never really pushed any of my buttons so I don’t know why my subconscious decided to pull him out, so to speak.

Someone suggested that he represents myself and that I’m in need of some self-care. Of some sort, anyway. Ahem. Which is probably true, but will have to wait until after I get this book edited and off to the waiting readers. No, wait, then I have to do the print version of Palace of Scoundrels (PSA: for the love of all that’s holy, I’m begging you, PLEASE leave reviews on Amazon for Palace. Lack of reviews means the sales are tanking and I can’t justify writing another book in this series unless I can make money on it. Thank you for your understanding and support) so that I have print copies to take with me to Wild Wicked Weekend next month. And then I have to do the final edits, formatting, promotion, and release for TBFKAI. And, and, and…

I just got back from vacation, didn’t I? Doesn’t feel like it. Never mind, back to the salt mines…

Posted on January 27, 2017, in Intersection and tagged Alan Tudyk, cyborgs, dreams, Intersection, muse, Nicola M. Cameron, sf romance. Bookmark the permalink. Comments Off on The Muse Is In Town, I see.

← Marvelous Monday Reads: Race to Redemption
State of the Writer →