So, about my weekend

Heya. If you’re looking for the Mid Week Tease post, click on that link to go for it. For everyone else, MAN, I had a fantastic time up in Canada this weekend.

Allow me to backtrack a bit and explain. Evernight Publishing decided to hold a writers’ retreat for its authors at a resort in Niagara-on-the-Lake, and since it’s only an hour from Toronto it was decided that I’d fly into Pearson and stay with my sister from another mister L.D. Blakeley, ride down with her to the resort for the weekend, then come back with her and leave for Dallas on Monday.

Flying up to Toronto on Wednesday was made even more pleasurable when I was able to snag an upgrade to Business. L.D and her delightful husband picked me up at the airport and we headed back to their condo for an evening of the new HBO series Westworld (“What do you mean, you haven’t watched Westworld yet? And you write science fiction!” L.D. exclaimed. This will have a bearing on what happened later in the weekend) and dinner at a really cool local pub.

The next day we set off for Niagara-on-the-Lake and the White Oaks resort and spa, which turned out to be right across the street from an outlet mall with a really great food court, so yes, shopping may have been committed. Ahem. 😀 We quickly met up with with the other Evernight authors who had arrived early and had dinner at the hotel (which, by the way, had amazing food, gorgeous rooms, and a really nice vibe. Seriously, if you have a chance to go here take it, you will not regret it). 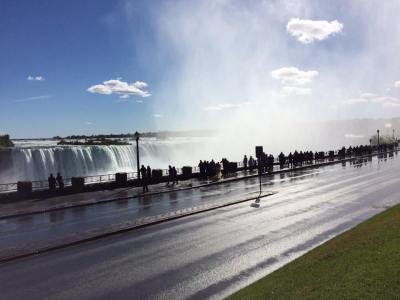 The next day started off with a trip to the Canadian side of Niagara Falls with L.D. and Sandra Bunino to take in the majesty of nature. They wanted to walk down to Clifton Street, whereupon my body politely informed me no (I’d been averaging between 7 and 8K steps/day for the last three days after spending the preceding month on my ass finishing the book, so yeah, my legs and back needed a break). While they got their steps in I grabbed a comfortable seat in front of Queen Victoria Place and spent a pleasant half hour people watching and enjoying some honest-to-God fall weather since it was still in the high 80’s/low 90’s in Dallas, which is just wrong for October. Yes, even in Texas.

By the time we wrapped up the outing with a stop at the outlet mall’s food court for lunch and met up with Pam Mangol, pretty much everyone had arrived for the retreat. We then bopped back to the hotel to say hello and get some writing in before we all got together for pizza in the Hospitality Suite and a Facebook live broadcast where various authors were interviewed (including yours truly). Much pizza and wine were scoffed and much hilarity was had by all, and the adorable Sandra gave out some great gift bags so thank you for that, Ms. Bunino! 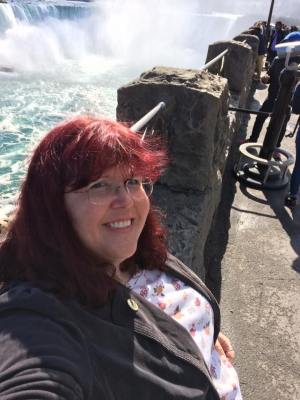 Thing is, it started off as one book. By the end of the weekend it had grown into a four-book series with the possibility of more, and by the time I got home I’d already started collecting pictures of actors to play the various characters in my mind and writing down a little precis for each character. And yes, I’m still doing Olympic Cove and Two Thrones, but if Laurann Dohner can juggle multiple series I may as well do it, too. Still don’t have a series or even a book title, but I’m not even going to worry about it until January when I have Do No Harm, Behind the Iron Cross, and The Chevalier done and out there. That being said, if YOU can come up with a snappy book or series title, be my guest. 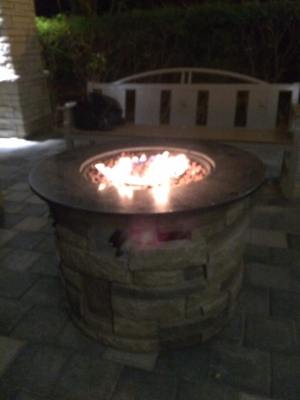 Saturday night we reconvened in the Hospitality Suite to meet the lovely owner and publisher of Evernight Publishing Stacey Espino who handed out yet more awesome gift bags, then we headed out to the courtyard for S’mores around a firepit and some good-natured verbal tormenting of a sweet young man named Michael who was there to set up the food and get the fire started, and wound up as the star of a projected erotic romance anthology called What The Bellboy Saw to be written by all the authors there. Well, this is what happens if you get a bunch of romance writers together and feed us wine and sugar. It can’t be helped.

It was also a fantastic chance to sit around and chat with people I’ve been talking to via social media for 3+ years but have never met in person. And the truly amazing thing is that there wasn’t one bad apple in the bunch. Everyone was open, friendly, and awesome to talk to, and I’d like to thank each and every one of those writers for making this weekend so very delightful (and for Stacey and Sandra for making the whole thing happen and being so generous with things like the S’Mores setup and dinner). 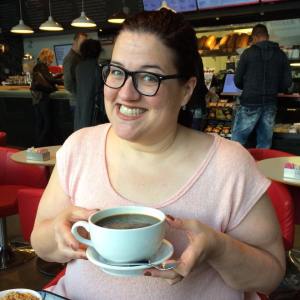 Sunday morning L.D and I got packed up, said goodbye to Sandra, stopped off for a cauldron of coffee for L.D. (as shown at right) and a chocolate croissant for me, then headed back to Toronto for a day of TV watching, laundry washing, Thai food eating, wine drinking, cat petting (L.D. has an adorable black cat named Floyd who deigned to let me pet him), and more plotting on the cyborg series. By the time I got back to Dallas the next day I was tired, very happy, and ready to finish off Do No Harm. So, yeah, it was all good.

And I still have a Disney cruise to come. Whee!

Posted on October 19, 2016, in Uncategorized. Bookmark the permalink. 2 Comments.