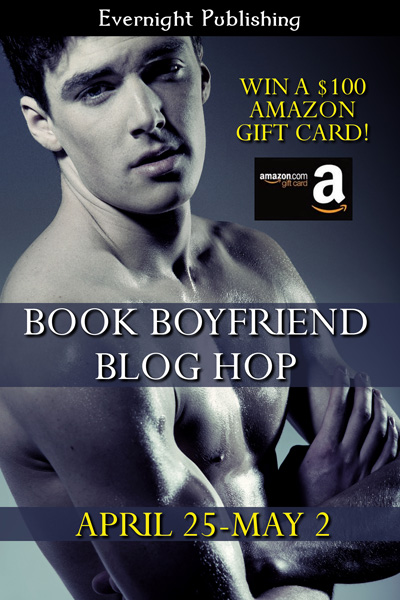 The Book Boyfriend Blog Hop is back and better than ever!

The authors of Evernight have a brand new team of swoon-worthy book boyfriend candidates. A sexy assortment of cowboys, Doms, detectives, millionaires, royalty, vampires, soldiers, and shifters are just a click away.

Get ready to find your next book boyfriend…

Hi there! I’m Nicola Cameron, and welcome to my website! Due to a missed communication on my part Evernight didn’t get the name of my chosen Book Boyfriend in time for the promotional material, so guess what? You get TWO Book Boyfriends for the price of one!

Who just happens to be a male contract programmer hired by Trickster while Delaney was on vacation. The fact that Mark Fellowes is a man doesn’t bother Delaney. The fact that Mark is completely and undeniably human … and straight … and has a girlfriend … well, that’s a whole ‘nother story. 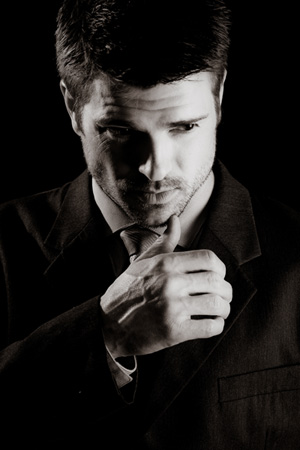 So yeah, their relationship starts out on a slightly rocky basis. And to prove it, here’s a teaser:

Delaney ended the call and tossed the phone on his bedside table. He understood the importance of finding out who was trying to hack into Trickster’s servers. But God, this was a shitty time to make him play Sherlock, especially with his mate as the target.

Leaving his bedroom, he headed to the guest room and knocked on the door. “Mark? Can I come in?”

There was no answer. He opened the door and peered inside. Mark’s open bag was on the bed, and the bathroom door was shut. Behind it, he could hear the sound of the shower.

His natural curiosity kicked into gear. Quietly, he slipped into the room and closed the door behind him, ignoring the faint flicker of guilt. Well, nosing around is what coyotes do, he reasoned. And Scott pretty much ordered me to check him out, so I’m just following my Alpha’s orders.

Mark’s bag turned out to hold nothing but a clean set of casual clothes, some underwear, and a dress shirt, suit, and tie. Delaney took a deep breath, savoring the warm, woody scent wafting up from the clothes. A powerfully attractive image of shucking off his clothes and joining his mate in the shower came to him. I could scrub him clean all over, yeah, then kneel down and rim him until he’s begging–

His enhanced hearing picked up a soft moan. He stepped to the bathroom door, listening. Another moan, almost muffled by the sound the falling water, and a familiar slicking sound.

His hand drifted to the front of his slacks, massaging the thick ridge there as he listened to his mate pleasure himself. When Mark grunted hard and came, Delaney was almost right behind him. Gritting his teeth, he pulled his hand away, willing his heartbeat to slow down as the shower stopped.

The bathroom door opened and Mark stepped out, rubbing a towel over his hair. Another one was wrapped around his narrow hips, and Delaney wanted to take it off with his teeth.

He cleared his throat. Mark yelped and spun, bumping into the dresser next to the bed. The towel around his waist started to slip, and Delaney caught a glimpse of pale, muscled hip before Mark yanked the terrycloth back into place.

Panting, he glared at Delaney. “Jesus Christ, what is wrong with you?” he yelled. “Do you even know how to knock?”

“I did,” Delaney said, trying to sound innocent. “You didn’t answer so I got worried. Didn’t know you were in the shower until I came in here.” And you were coming in there.

Trickster can be purchased from the following retailers:

Now, what’s up for grabs in his blog hop?

How to enter? Answer this question in the comments below…

Question: If you could be any kind of shifter, what kind would you be?

Be sure to leave the answer and your email address to be eligible to win a prize. Each comment gives you an entry for the grand prize (one per blog hop stop).

Keep hopping to the next author or blogger. After you’ve met each hero click here to vote for your favorite book boyfriend. You’ll earn an extra grand prize entry!

You’re one step closer to meeting your next Book Boyfriend… 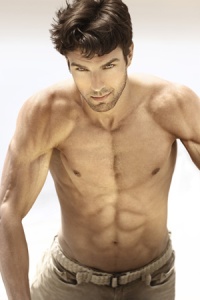 I chose Rory as my Book Boyfriend because while he’s a thief, he also has a strong set of principles (as Dmitri quickly finds out). If you hurt someone Rory cares about, he’ll make damn sure you regret it. He’s also funny, quick-thinking, and empathetic despite a childhood that could best be described as “sterile.” Oh, did I mention he was a dyed-in-the-tartan romantic, too? You’ll understand what I mean when you get to the onboard dinner scene (who brings fine china and crystal into space, anyway? Someone who’s determined to woo a cranky archaeologist, that’s who).

I’m looking at a release date sometime in May, so stay tuned!