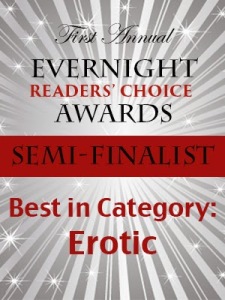 The bad news — after returning from our absolutely delightful 20th anniversary cruise at the beginning of the month, Ramón and I were felled (almost as soon as we exited the airport) with bronchitis, which has lingered ever so delightfully for the past two weeks. Feh. I’ve done my best to get some work done during this time, but to be honest trying to write when all you want to do is cough up your lungs (non-medicated) or stare at the wall (medicated) is a bit of a challenge. That being said, the Muse seems to be poking at me again, so I should get back on the horse by tomorrow or so.

And with that, I shall return to my WriterCave and see what I can come up with next.

Posted on November 17, 2013, in Uncategorized. Bookmark the permalink. Comments Off on Bad News, Good News, and a Request.