Hi Nicola! Thanks for having me on your blog J and hello to your readers!

Wow, Nicola, you’ve been a busy girl. So impressed by all the work you have completed and all that you have in progress. I LOL’d at the title at the top of your Works in Progress page “Sleep? What means this word, sleep?” I can totally identify.

Where Jewel Gets Her Writing Inspiration

I think all kinds of artists are asked this question and I’ll have to listen more carefully next time I hear someone answer it. For me, inspiration seems to be coming from everywhere. I’m lucky, I suppose, because I never seem to lack for ideas. It’s just the finishing-the-story aspect that I used to struggle with until this year. Anyway, I continue to be surprised by the sources of inspiration. One time I went to see a movie and, during the previews, they showed clips of fireworks in trailer. From that I had an awesome flash of an idea for a post-apocalyptic story I’ve been dying to write. Just from that, I had a fabulous notion on how to upheave the normal story world. I immediately pulled my cell phone out and furiously typed notes in the dark theatre while people nearby glared at me. Jeez! Don’t they know inspiration striking when they see it? LOL.

Another time I was on a long drive through the desert and a whole bunch of super plot points for a story struck me. Luckily I had a note pad and pen handy so I could scribble notes in my lap as I drove. (Don’t ever do this, it’s very dangerous) Thankfully there were only the tumbleweeds around that day who could have been victims of my distracted driving. From then on I have been practicing using the dictation feature of my iPhone. However, the sound of my own voice is so distracting, it’s taking some time to get used to it. But then, I had a hard time getting use to my laptop as well. The sound of typing and a blank white screen is enough to wipe any writer’s mind clean, in my opinion.

I also had a flash of inspiration while re-watching Bedazzled for the hundredth time. I was never inspired while watching it any  of the other 99 times, why now? But you learn not to question it. Whenever I have an idea I immediately write it down somewhere; leftover tissue, napkin, bubblegum wrapper, whatever. The important thing is that I don’t leave it to my shoddy memory. Inspiration is as flighty as a feather in a hurricane. It’s cut from the same cloth as dreams. So, when it comes into view, you have to latch tightly onto it.

For me inspiration comes from continuing to living a fabulous life and having great new experiences while exploring this awesome world. Yeah, except for the sleep deprivation aspect, writers have it pretty good.

Now, on to details of Rock Star Ex which is currently available…

Social media consultant Eve Everett is less than thrilled when her business partner hooks them up with a job covering celebrity rock band Arsenal.  Their new lead singer, Devon Quinn, is the man who broke her heart five years ago.  But there’s no way Eve can turn down the assignment. It’s the big break their fledgling company needs.

To boost Arsenal’s social media presence the band’s manager wants intimate coverage, especially of Devon, which means traveling with the band in their tour bus while they promote their new album.  It’s not long before Devon tries to rehash the past but Eve would rather leave it buried where it is.

When Eve is asked to be part of a music video, she decides it’s a great opportunity to reap some revenge by showing Devon what he’s missing. But soon she’s the one losing control. Will Devon once again claim her heart as well as her body?

“It’s good to see you again, Eve,” he said softly so the others wouldn’t pick up on it.  He knew she wouldn’t want to hear it.  It couldn’t be helped, but it just had to be said.

Her head snapped up, eyes wide.

“That’s what I wanted to say the other night, but you didn’t give me a chance.”

“Look, Eve, things didn’t happen the way you’re thinking.  It wasn’t like that.”  He set the bottom of Tommy’s guitar on the floor, his hand on the neck, and leaned closer in to talk to her.

“The way I’m thinking?” she repeated.  Standing up straight, she stuck one foot out to the side and said in a low hiss, “Look, Devon, the facts are the facts.  You left and I never heard from you again.  Not once.  It has nothing to do with the way I’m thinking.”

He tensed.  It was happening again.  She was misunderstanding him.  “No, look, that’s not what I mean, okay?”

“Oh, then what do you mean?”  She cocked her head at him and waited.

“It’s…it was hard on the road, to keep in touch with anyone, for a lot of reasons.  You don’t know what it was like.  I mean we were bouncing around from place to place, driving for long periods of time and then having to work until really late at night.  It was pretty much impossible to communicate.  Besides, you had no answering machine back then, remember?”

She visibly puffed up.  “I see, so it’s my fault you couldn’t communicate with me?”

“I’m not saying it was anyone’s fault, Eve.  Just that there was no way to call.”  He felt relieved.  He had finally been able to tell her, to explain.  Maybe now she would understand.  Well, when she calmed down at least.

“And you couldn’t write a letter?”   She spoke quietly but the words dripped acid.

She had him there.  Even though she was several inches shorter he suddenly felt very small.  He looked down and stuck a hand in his pocket, not knowing what to say.  That was an even more complicated topic.

Her cold eyes were on him.  The silence stretched on for another moment.  Before he could gather any other words to try to explain she turned and headed back up front, her ponytail slapping him in the face as she went.

From a young age, Jewel Quinlan had an abundant imagination and strong desire to write novels.  She particularly enjoys writing paranormal and fantasy romance. An avid traveler, she has visited fifteen countries so far (which she enjoys using as settings in her novels) and has plans to see more of the world. She has a particular fondness for Bavaria and studies the German language as one of her hobbies. During the day, she works as a pharmaceutical sales representative and, at night, she writes romance. She currently lives in Orange County, California with her two dogs; Shimmer and Penny.

Would you like to win a $10 Amazon gift card? 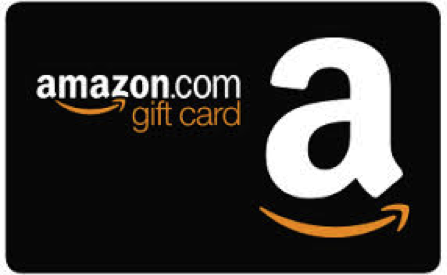 It’s easy. All you have to do is go to Jewel Quinlan’s Facebook Page, Like it, and then leave a comment on this blog telling us you did. A winner will be randomly chosen from those who do. Good luck!